HAZEL:  A final thought or two for 2014 ... with the folks up at the house getting ready to watch Sydney's famous fireworks - on TV that is, no longer having the stamina for a fight through an expected million and a half people.

Even then I've heard whispers of doubts they'll be able to stay awake until midnight ... just the two of them this New Year's Eve ... Derby & Joan!

Actually, the year is ending on a high for us grass cutters - and our trio of suckers (no disrespect).  We three mums along with the three bachelor boys that keep us company have pretty much got the run of South Slope - one of the largest areas of Green Pastures Farm.  Plenty to eat, drinks on tap, and a reasonable amount of shade for the blisteringly sunny days we often suffer this time of year.

As for our three offspring, they're destined for fame if not fortune having been made front page stars of a New Year's Card. Take a look. 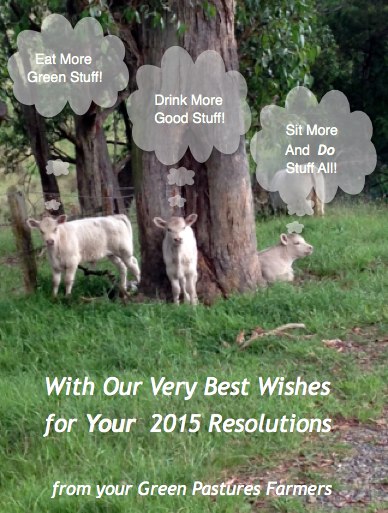 The photo was taken by one of a group of visitors to the farm this week, all women - wild women we called them, some even wielding sticks! Again, take a look. 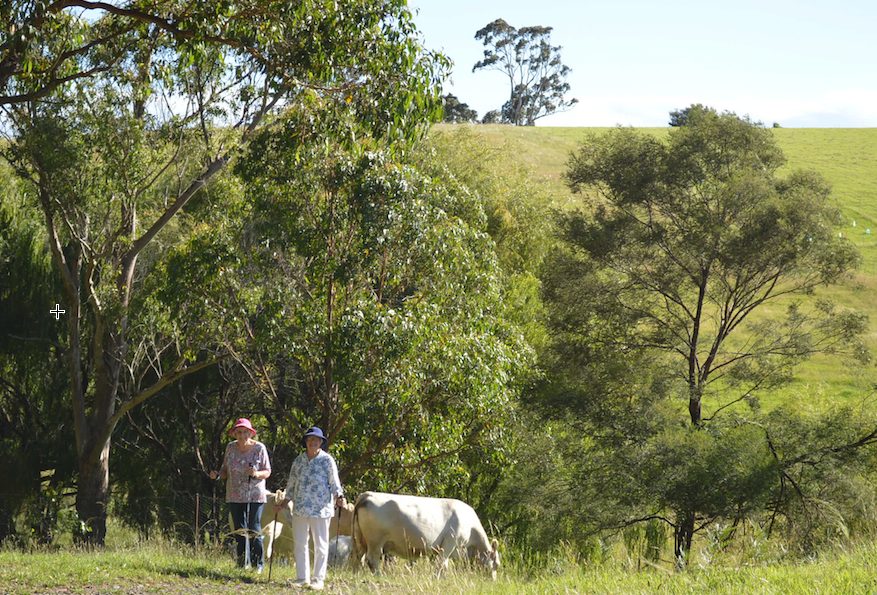 But let's end the year on a positive note.

May 2015 bring you more of whatever makes you happy.

Us too - which, in our case, means mainly food underfoot.