LITTLE RICHARD:  Hi, me again, finding my feet with this blogging at the same time as finding my legs with this walking that Mum and her mates seem to do so much of with their heads down munching on the Home Paddock pasture.  Personally, I prefer liquid refreshment, and let Mum know so in between games and naps ... mainly naps!  Not that there was much chance of that yesterday, when Imogen, her boyfriend John and their friend Ash descended on the farm with a trail bike. 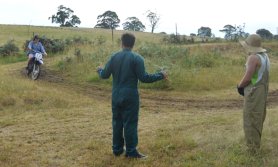 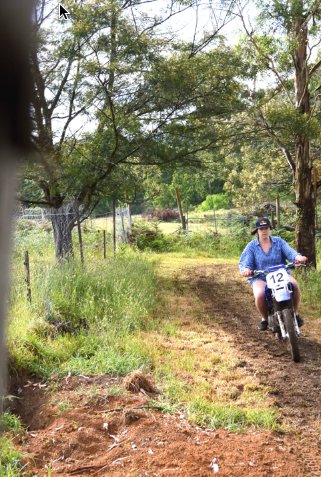 What a racket! And that's a new wombat hole, by the way, alongside the track in the tall picture.

They've built themselves a dirt track alongsdie the wombat hole down behind Bottom Dam and we could hear them buzzing around and around, with just the occasional break in the din when we could hear laughter whenever someone fell off!

Anyway, their comings and goings through the paddock broke the motony of waiting for my cousins.  Collin says that Michaela will be first to deliver me a playmate, but I've got to say that Aunty Hazel is looking fit to bust!  Stay tuned!

They've called me Little Richard, but I'm not sure if that's really after the 'Great Balls of Fire' rock'n'roller of Collin's era, or something else.
I'm already up and about, anyway, doing my own rocking and rolling, running, jumping and playing games between drinks - which Mum Shelly seems happy to serve at short notice without complaint.
We were moved thisafternoon, from the Holding Paddock and Yards to the Home Paddock - although, sleeping half the time, I found myself left behind at one point and had to literally make a run for it to find my Mum, although Collin reckons she never lost sight of me.
The focus now is on my cousins' arrival. Can't wait! 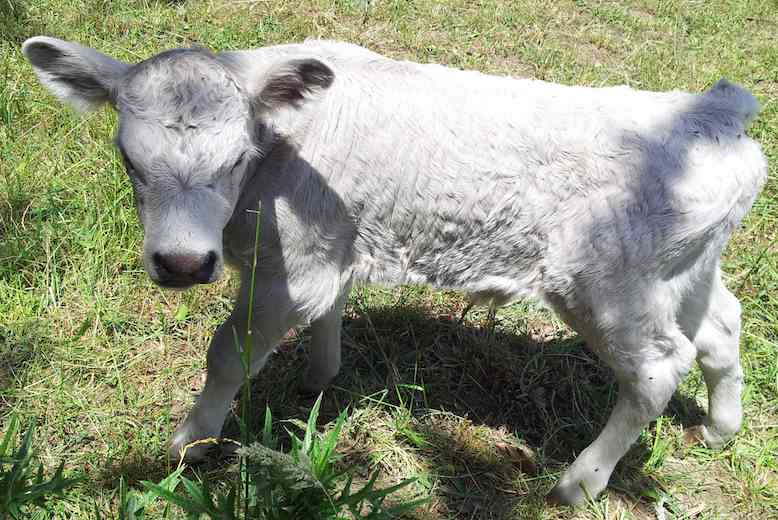 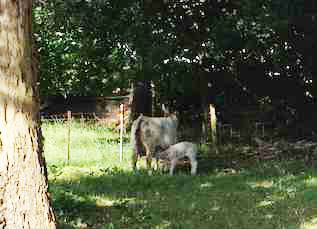 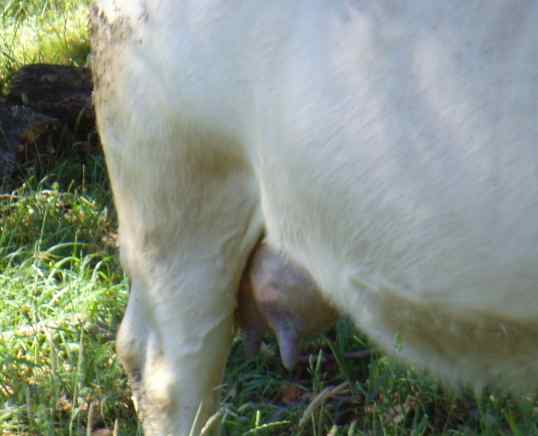 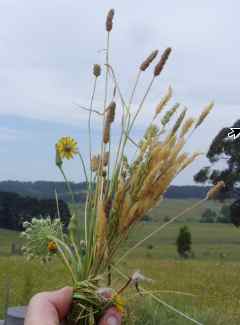 LY:  I've done it! "Mother and baby doing well!"
I'm proud to report that I have produced the first offspring to be born on Fran and Collin's Green Pastures Farm ... and, if you can excuse a motherly view, it's a very special calf too!
I won't go through the details of how it happened ... but it was Fran who "found" my little offspring late today - and let out one of those funny girly squeals humans sometimes do -  while I was off having a well-deserved drink. She watched on as the bub struggled to its feet, and stood back as I returned at some speed to where I'd left my bundle of joy. Fran told me she thought I was very clever as she took a few pictures. 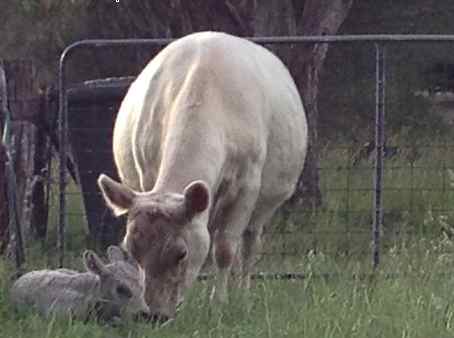 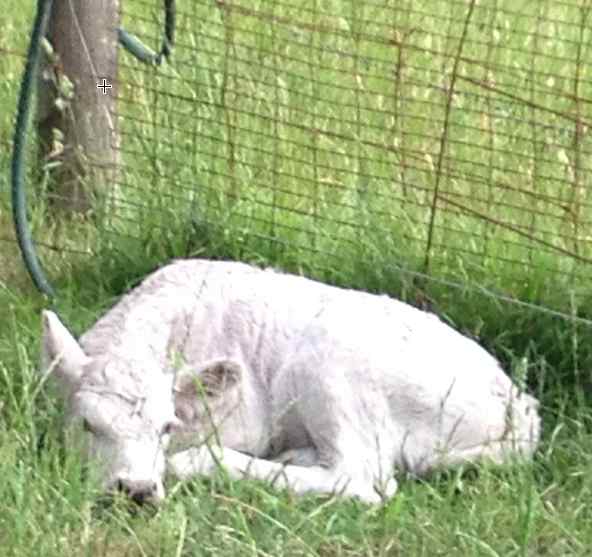 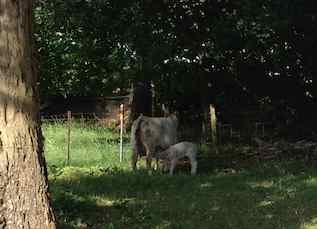 MISTY: Getting ready for Christmas already ... but STILL waiting for those damn calves. That's 'dam' calves, perhaps, given that's where their uncles have headed as temperatures rise. We're heading for 36C today, and it wasn't far short of that when Cate & Graeme Stanton visited this week to inspect the mums-to-be that originally came from their stud ... reckoning Shelly will be first to produce a calf, although - as with Michaela and Hazel - she just seems to be continuing to blow up like a

balloon! Meantime, I'm doing my best to keep an eye on things ... like Fran out searching for Serated Tussock - an amazing plant, now a plague across the countryside after allegedly arriving in the stuffing of a saddle years ago. Each plant can produce a million seeds, and they can stay viable for 10 years or more , but NOT, quite clearly, at Green Pastures Farm!